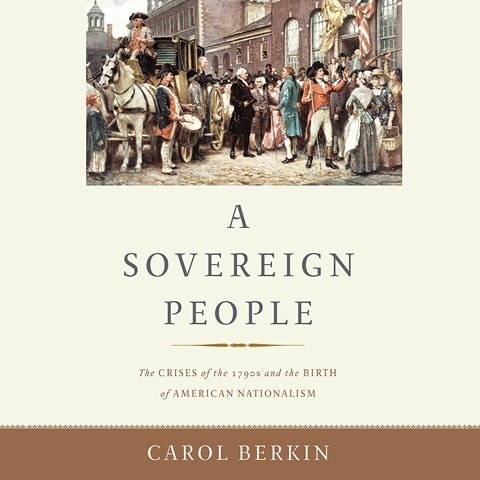 Betsy Foldes Meiman gives a solid narration of this history of four major crises that shaped the American republic in its first decade of existence. Meiman describes how the Whiskey Rebellion, the Genet Affair, the XYZ Affair, and the passage of the Alien and Sedition Acts all served to create a sense of American nationalism that took precedence over a primary loyalty to one's state. Meiman's alto voice does well narrating this well-written, if somewhat dry, history. Her voice is clear but rather restrained and disciplined, more in the manner of a report than a performance. But her pace is steady and easy to follow. M.T.F. © AudioFile 2017, Portland, Maine [Published: AUGUST 2017]