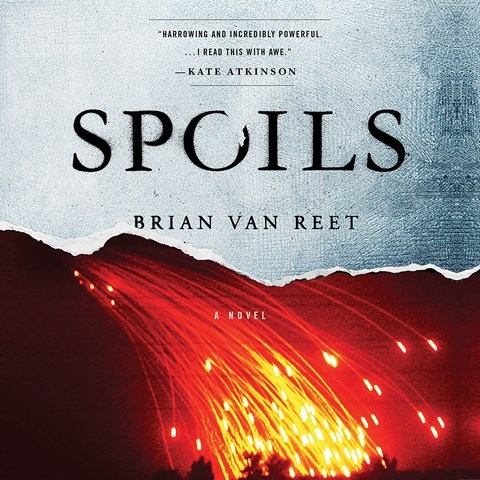 A roadside firefight in the early days of the Iraq War sets the stage for a harrowing audiobook that explores both sides of the conflict. Each main character has his or her own narrator, allowing listeners to more easily follow the story's shifts in time. Nicol Zanzarella portrays Cassandra Wigheard, whose Humvee is attacked in the opening chapter. Restrained and thoughtful, Zanzarella depicts Cassandra as a proud soldier amid the foibles of war. Andrew Eiden portrays Private Sleed with a gung-ho delivery that plays with stereotypes of U.S. soldiers before transcending them. Armando Duran exudes authority and world-weariness as Abu Al-Hool, a lifelong jihadist who is uneasy with terrorist extremism. Circumstances of war weave these narrative threads into an experience that listeners will not soon forget. A.T.N. © AudioFile 2017, Portland, Maine [Published: AUGUST 2017]