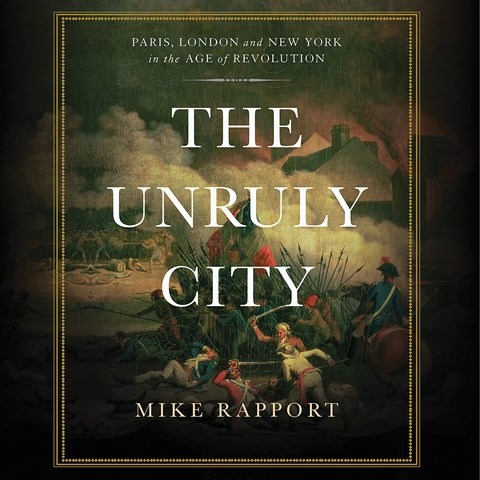 THE UNRULY CITY Paris, London, and New York in the Age of Revolution

In the late eighteenth century, New York and Paris were homes to revolution. London also saw unrest. Neil Dickson narrates this work with the energy of those times. Mark Rapport links specific sites in those cities to their political movements. The Common, where the Liberty Pole stood, was a rallying point for the Sons of Liberty in New York, as the Bastille prison was to those leading the French Revolution. Coffeehouses and neighborhoods also played roles. Dickson's delivery ensures that the the political figures quoted become like characters in a fascinating story. Patterns of anger and polarization emerge that may remind listeners of today's fractious discourse. J.A.S. © AudioFile 2017, Portland, Maine [Published: JULY 2017]