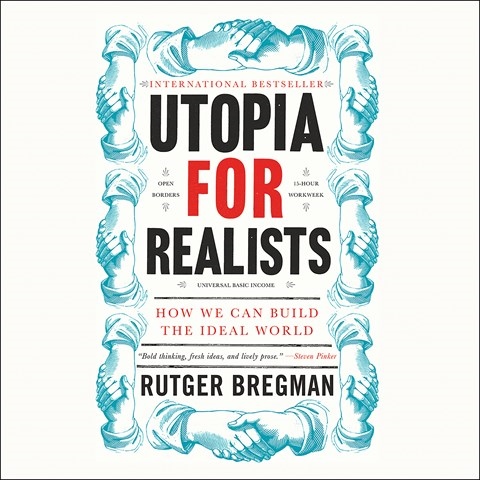 UTOPIA FOR REALISTS How We Can Build the Ideal World

Author Bregman presents a case for building a new utopia: a society with guaranteed universal basic income, an abbreviated workweek, and open borders to permit the free flow of people and reduce, if not eliminate, poverty. Narrator Peter Noble contributes an intelligent narration, notable for his British-accented voicing and thoughtful, deliberate pacing. He guides the listener through historical implementations of similar proposals and charts the progress that has led to where we are today, when Bregman's ideas could represent a new way of living. Do Bregman's ideas represent a utopian dream or a proposition that is well within the realm of possibility? The author's straightforward writing combined with Noble's approachable narration makes it seem like utopia could indeed be near. S.E.G. © AudioFile 2018, Portland, Maine [Published: JANUARY 2018]