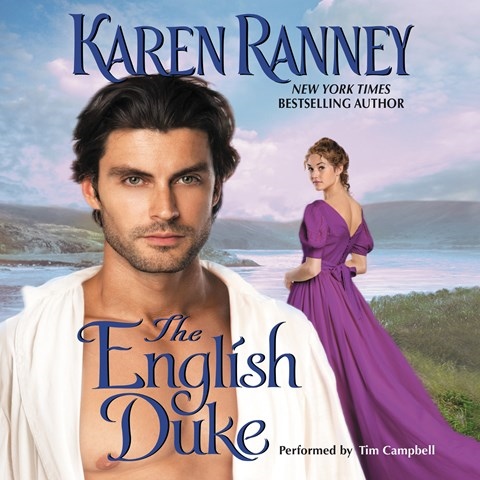 Martha York has never met Jordan Hamilton, Duke of Roth, but he fascinates her through the brilliant letters he once wrote her father. When Martha arrives at Jordan's estate to help him with an invention prototype, will she be able to capture his heart as well as his mind? Narrator Tim Campbell's emphasis seems more on style than emotion, and while he captures the upper-class pronunciation and insouciant attitude of a British comedy of manners perfectly, the emotional details and growth in the protagonists' relationship don't come across clearly. Nonetheless, the heroine's intelligence shines, and the secondary characters' scheming is captured beautifully, making for enjoyable and atmospheric listening. B.E.K. © AudioFile 2017, Portland, Maine [Published: AUGUST 2017]