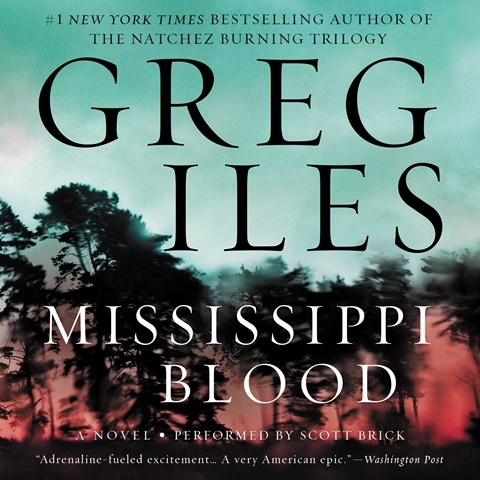 It takes gravitas and a quiet dignity to capture the people caught in a racial maelstrom in this concluding volume of Iles's atmospheric trilogy. Narrator Scott Brick lends both these qualities to this audiobook's central characters, starting with Penn Cage, a former prosecutor turned author and mayor of Natchez, Mississippi. Penn, still mourning the loss of his fiancée, is surrounded by bodyguards to keep his family safe from the racist Double Eagle gang. Brick's versatile baritone is equally adept when inhabiting characters black or white, male or female, as Penn's father, Dr. Tom Cage, goes on trial for killing his former black nurse and lover, Viola Turner, and Penn must find some way to free him, even if Tom doesn't want to be saved. Thanks to Brick's stellar narration, this lengthy production never drags, and listeners will want to visit Penn's Natchez again as a result. D.E.M. © AudioFile 2017, Portland, Maine [Published: JUNE 2017]