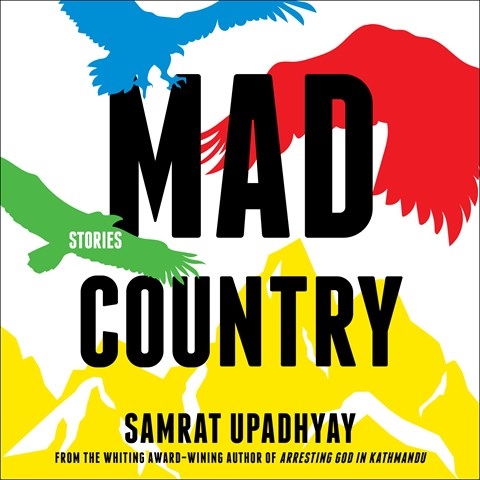 Nepali writer Upadhyay's short stories place his characters in unexpected settings. Vikas Adam is a capable narrator who employs a range of accents, pitches, and speeds to characterize the many female and male characters. As the stories move from Nepal to the United States, and back, Adam magnifies the cultural differences between the characters in various scenes of disparate experiences: a student studying abroad, a female journalist, an American hippie in search of herself, a business woman trapped by the government. Listeners who enjoy contemporary world literature will find much to admire in this collection with its vivid depictions of human interconnectedness. M.R. © AudioFile 2017, Portland, Maine [Published: JUNE 2017]