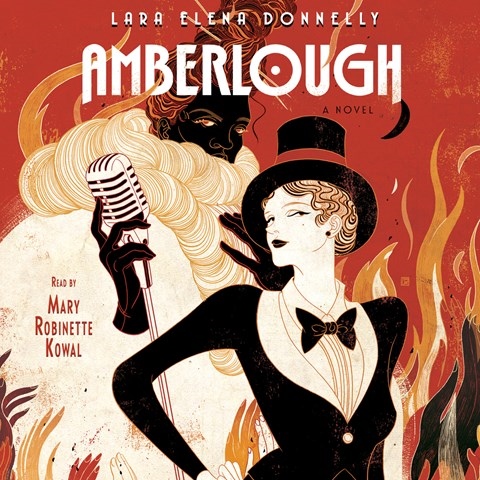 Mary Robinette Kowal narrates a gripping historical fantasy, inspired by 1920s Weimar-era Berlin, but with broader political implications. Cyril DePaul is a spy who sells out his country, Aristide Makricosta is a masterful performer both on and off the cabaret stage, and Cordelia Lehane is a dancer who gets caught up between them. Kowal delivers a stellar performance, imbuing each character, even the minor ones, with a fully realized personality. The result is that the city of Amberlough bursts fully to life, seducing visitors to the louche theater district, making them complacently comfortable in the halls of bureaucracy, and causing them to fear for their lives during a violent political uprising. Kowal's background in theater allows her to maximize the emotional impact of each pivotal event. K.M.P. Winner of AudioFile Earphones Award © AudioFile 2018, Portland, Maine [Published: APRIL 2018]