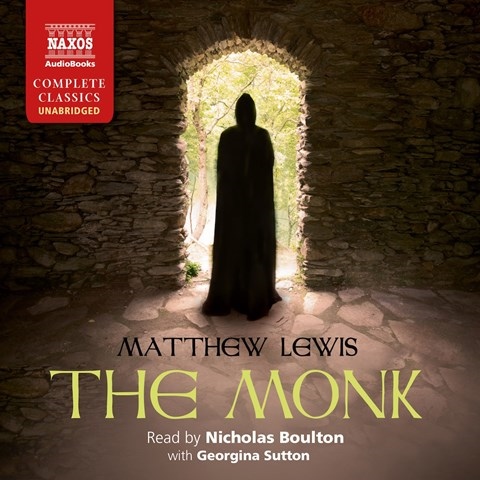 This classic gothic novel is filled with mystery, romance, and horror. Narrators Nicholas Boulton and Georgina Sutton tell Matthew Lewis's sordid tale of a monk who was left at the steps of an abbey as a baby and the strange cast of characters he is surrounded by as an adult. Boulton and Sutton share the storytelling, each bringing his or her best to the performance. This tale of lust and madness is shocking by eighteenth-century standards and still spine-tingling today. The listener will quickly be drawn in by Boulton and Sutton's expert delivery. Originally banned, THE MONK still ranks as a premier gothic thriller filled with the love triangles and dark secrets of priests, nuns, and politicians. A.G.M. © AudioFile 2017, Portland, Maine [Published: JUNE 2017]