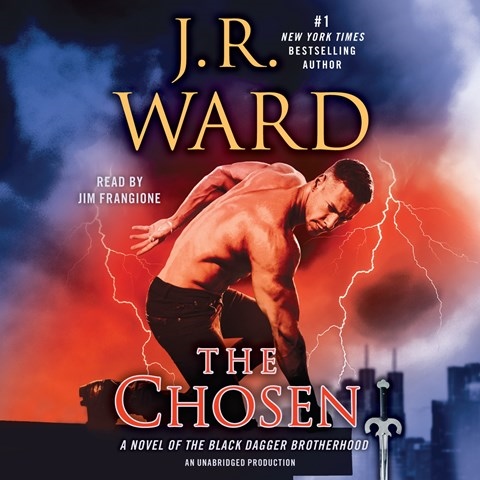 Narrator Jim Frangione raises the stakes in this tense installment in Ward's epic urban vampire series. New mother Layla's love for renegade vampire Xcor betrays her community, but her heart tells her that he's an honorable warrior. Frangione lives the violent arguments between Layla and her baby daddy, Qhuinn, as he spirals into violent retribution that endangers everyone. As several beloved couples fall into disunity, Frangione shuttles between their stories. He makes the multiple narratives equally important and keeps the characters vibrant. Layla and Xcor's extended courtship often calls into question the likelihood of a happily-ever-after, so when Frangione finally delivers it, listeners will breathe a sigh of relief. A strong performance of a pivotal audiobook in Ward's series. C.A. Winner of AudioFile Earphones Award © AudioFile 2017, Portland, Maine [Published: JUNE 2017]