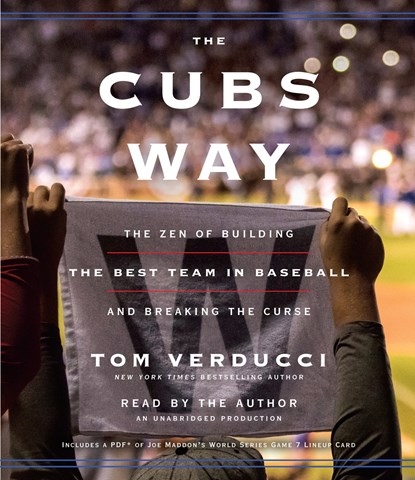 SPORTS ILLUSTRATED's Tom Verducci narrates his account of the Chicago Cubs' World Series win in 2016, their first in 108 years. This audiobook is a must-listen for those interested in how a winning baseball team is built from the top down. It all starts with executive Theo Epstein, who in 2011 implements long-term comprehensive player development and personnel strategies. Verducci then profiles the players and managers who eventually have pivotal roles in 2016, while sprinkling in play-by-plays of the seven World Series games. Verducci's clear, enthusiastic voice delivers a lot of information straightforwardly and effectively. His overreliance on player quotes can be tiresome, especially since his own writing is quite strong, but his narration is solid. A.T.N. © AudioFile 2017, Portland, Maine [Published: DECEMBER 2017]