HomeÂ»ReviewsÂ»THE DELIGHT OF BEING ORDINARY 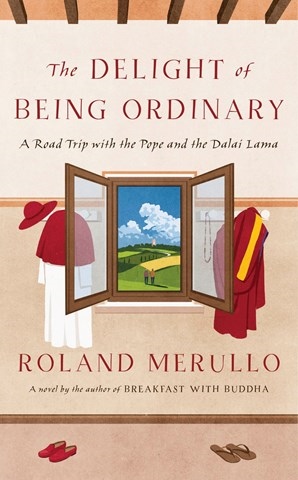 Imagine the pope and the Dalai Lama making a temporary escape from their regimented lives by hitting the open road in Italy with an estranged married couple. Intriguing, right? What would they talk about? Where would they go? How would it end? Though the makings of a provocative listen are there, the experience is undermined by P.J. Ochlan's disappointing narration. His Italian and Tibetan accents are inconsistent, and his performance of the Dalai Lama borders on caricature. Also, his female characterizations play to exaggerated stereotypes. The story itself offers much to listeners who are open to debates about orthodoxy, morality, and the business of living. That said, reading a text copy may be a better option. A.S. © AudioFile 2017, Portland, Maine [Published: JULY 2017]