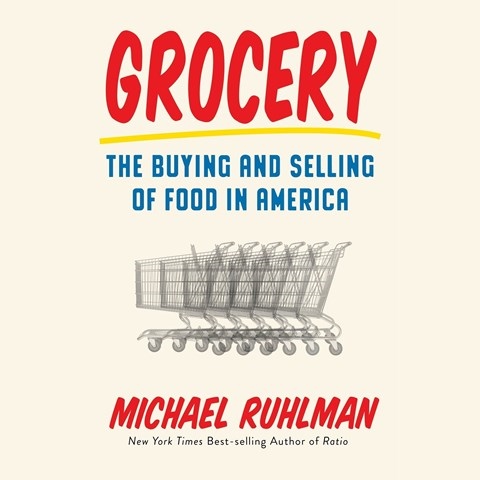 GROCERY The Buying and Selling of Food in America

The grocery story has been an American institution for more than a century, but not many people know how it came into existence and how it operates. In Jonathan Todd Ross's genial tone, this audiobook acts as the ultimate tour guide of produce, layout schemes, chain growth (and collapse), dietary shifts, and many other features that impact grocery stores. Ross manages the book effectively, always adjusting his pace and tone to inject energy into Ruhlman's emphatic thoughts or speed along in sections that are useful but can seem like an inundation of facts. L.E. © AudioFile 2017, Portland, Maine [Published: JUNE 2017]