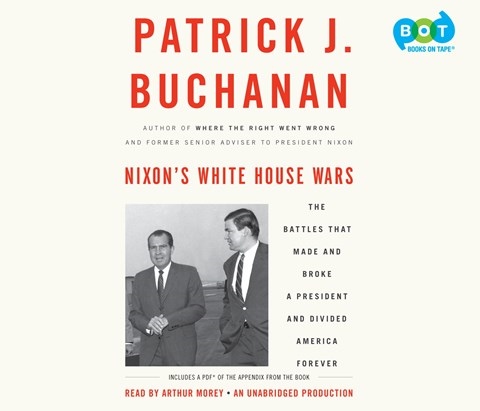 Former White House Communications Director and political commentator Pat Buchanan reminds listeners that today's political devisiveness runs deep and is of a more historic nature than we are willing to admit. Narrator Arthur Morey's grizzled voice suggests a man who fondly recalls his past work with the president of the United States (Reagan) yet has a twinge of regret. Listeners will feel they're getting the inside scoop on the machinations of the White House. Morey's ability to keep one's attention for long periods through tone and articulation is second to none. Those who listen will find this difficult to put down. T.D. © AudioFile 2017, Portland, Maine [Published: NOVEMBER 2017]