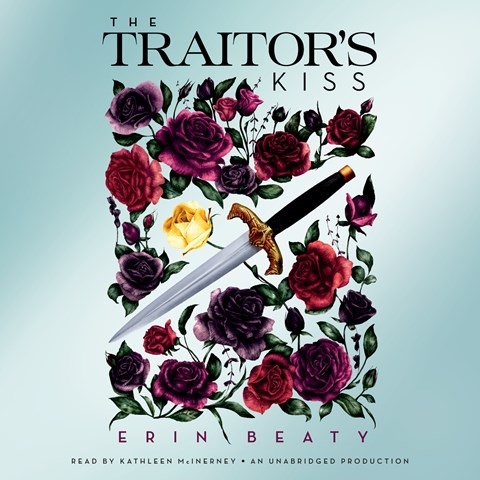 Listeners follow matchmaker's apprentice, Sage Fowler, as she spends her days shepherding young ladies, and collecting information from their military escorts. As the kingdom falls into turmoil, Sage is recruited as a spy by a handsome soldier--but can she trust him to keep her, and her secrets, safe? Though this story is uneven in its focus at times, narrator Kathleen McInerney keeps the plot moving and the tension high, balancing the personal and political elements with energy and subtle characterizations. Her skill is especially apparent in her depiction of Sage, whose fierce determination and insecurities both shine through. All the relationships, particularly Sage's budding romance, are infused with emotional depth and urgency, making them as visceral as the action and intrigue. B.E.K. © AudioFile 2017, Portland, Maine [Published: AUGUST 2017]