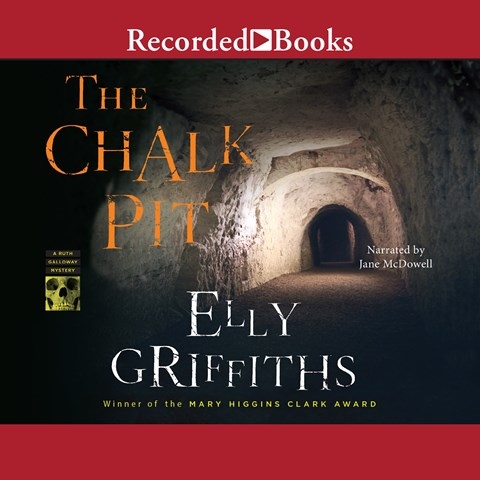 Narrator Jane McDowell portrays the relationships that continue to evolve among the recurring characters of this mystery series, which takes place in Norwich, England. The main character, Ruth Galloway, is a crime-solving archaeologist, professor, and single mother. McDowell sets a good pace as she finds wonderful voices for the characters, including Jo, the new female chief superintendent who continually rattles DCI Nelson. Character development adds as much to the circuitous story as the police investigate the strange murders of two harmless rough sleepers, the disappearance of three women, and the discovery of old bones in an abandoned tunnel under the streets. McDowell's well-modulated voice adds drama to the fascinating historical details. S.C.A. © AudioFile 2017, Portland, Maine [Published: SEPTEMBER 2017]