Home»Reviews»THE MOST DANGEROUS DUKE IN LONDON 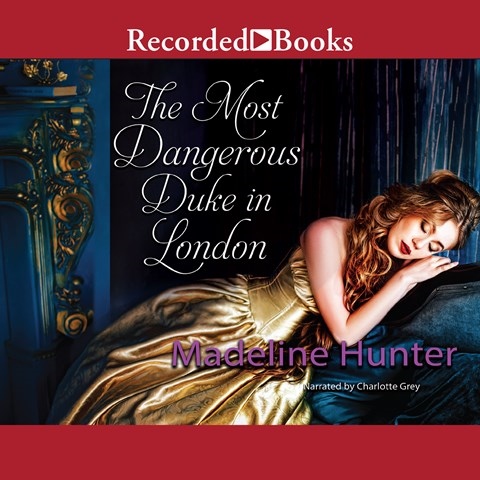 THE MOST DANGEROUS DUKE IN LONDON

Charlotte Gray's narration works well for some characters, poorly for others in the first installment of Madeline Hunter's Decadent Dukes Society series. The well-plotted story revolves around feuding families and a plan to end the feud with a marital alliance. Gray has a light, youthful voice, which she employs to great effect for many of the female characters, but her male characterizations do not fare as well. Adam, Duke of Stratton, is a dark, "dangerous" character, but he sounds like a moody teenager much of the time. There are many wonderful dialogue scenes, though it can be difficult to determine which character is speaking. While Gray has a pleasant, well-paced speaking voice, more vocal range is needed for this audiobook. L.C.L. © AudioFile 2017, Portland, Maine [Published: SEPTEMBER 2017]