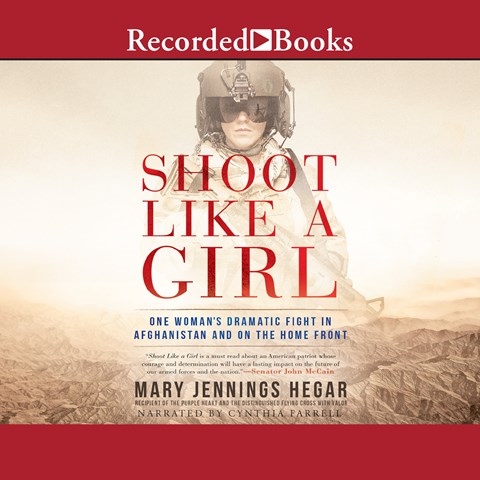 Refusing to give up in the face of military sexism, MJ—author Mary Jennings Hegar—becomes an Air National Guard helicopter pilot, serving three tours in Afghanistan and receiving a Purple Heart for heroism. Despite her accomplishments, however, she continues to encounter gender prejudice when she returns to the U.S. Narrator Cynthia Farrell's almost masculine timbre captures Hegar's innate toughness without losing sight of her pride in being a woman. Slight changes in accent and inflection serve to differentiate the many male characters, sympathetic and otherwise, who surround the young pilot. Farrell lends immediacy and humanity to an inspiring wartime memoir. C.M.A. © AudioFile 2017, Portland, Maine [Published: SEPTEMBER 2017]