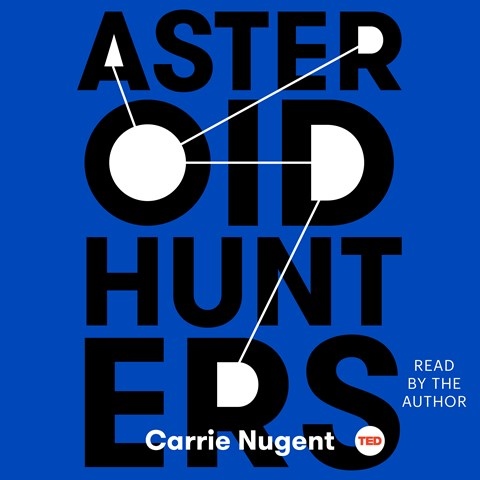 There are millions of uncharted objects in the solar system left to be catalogued, and apparently we'd better make sure they're all accounted for. Some may be headed for Earth. With an encyclopedic knowledge of our "cosmic neighborhood" and infectious enthusiasm, NASA/JPL space physicist Carrie Nugent takes listeners on a grand search for the many and varied asteroids in near space. She begins with a little history lesson that includes the big one responsible for the mass extinction of the dinosaurs 65 million years ago, and the huge one that left a planet-sized hole in Jupiter's atmosphere in 1994. But it's the little ten-foot wide asteroids that now and then skim by Earth that make Nugent's voice rise with excitement. Fascinating, fun, and informative. B.P. © AudioFile 2017, Portland, Maine [Published: MAY 2017]