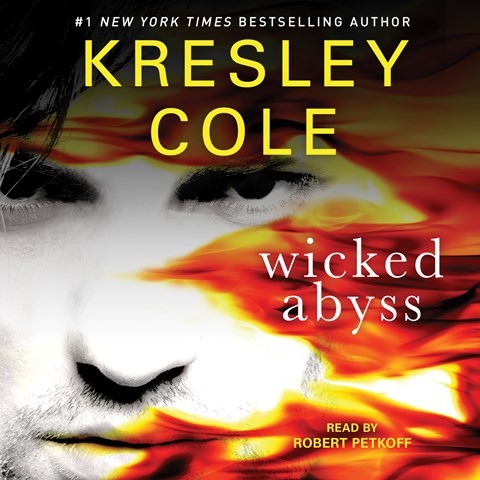 Narrator Robert Petkoff delights listeners with another installment in Kresley Cole's paranormal romance series. Sian, a demon and lord of hell, was betrayed by a fey princess more than a millennium ago. Princess Lila is that fey princess reborn, and now she becomes imprisoned in Sian's castle. To complicate matters, Lila is Sian's fated mate. Petkoff does a fabulous job voicing each character--from the brogue of a dragon to the slightly manic tones of Nix, the Valkyrie. In the flashbacks to Sian's past, Petkoff expertly portrays a younger, more innocent character. Petkoff brings the right mix of drama and humor to the production. Listeners can sit back and let his voice wash over them, sweeping them into the story. S.B. Winner of AudioFile Earphones Award © AudioFile 2017, Portland, Maine [Published: MAY 2017]