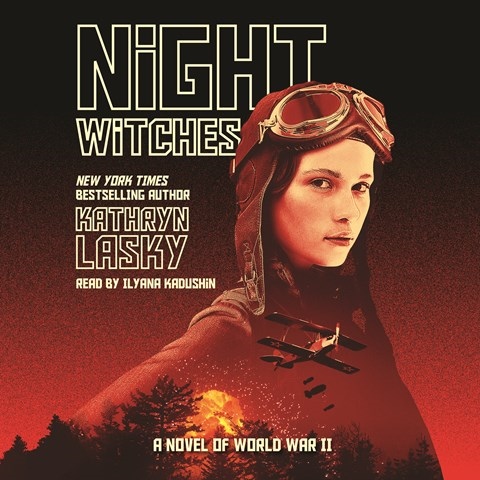 Narrator Ilyana Kadushin portrays 16-year-old Valya, who joins a Soviet regiment of women who serve as pilots during WWII. With a passionate voice, Kadushin establishes a Russian accent to reflect the backgrounds of these brave characters who fight in harsh conditions to defend their country from the German army. After her mother is killed by Germans, Valya faces danger in risky air raids, and when her older sister, Tatyana, goes missing, she must stay hopeful that they'll be reunited. Listeners will be intrigued by this fictional depiction of some of the forgotten heroines of WWII. M.D. © AudioFile 2017, Portland, Maine [Published: AUGUST 2017]