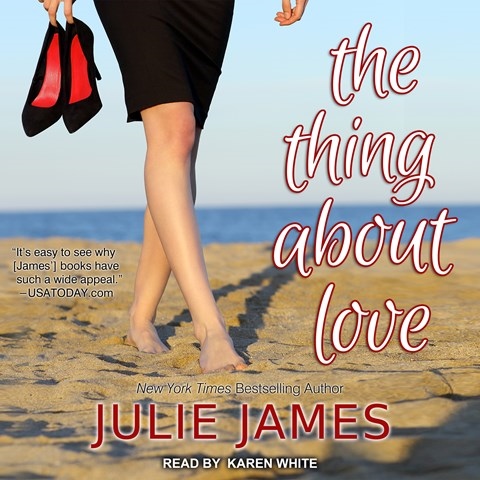 The seventh book in Julie James's loosely connected FBI/US Attorney series is competently narrated by Karen White. Six years ago, as recruits at the FBI Academy, Jessica Harlow and John Shepherd couldn't stand each other. Now they've been assigned to work as partners on an undercover investigation. White struggles to make large passages of exposition on the FBI interesting, but when the dialogue is sharp and the descriptions on point, she's an engaging narrator. The story itself is nothing special except for some unexpected developments at the very end. Since neither White's narration nor the plot of the book truly shines, this will best be enjoyed by James's longtime fans. K.M.P. © AudioFile 2017, Portland, Maine [Published: AUGUST 2017]