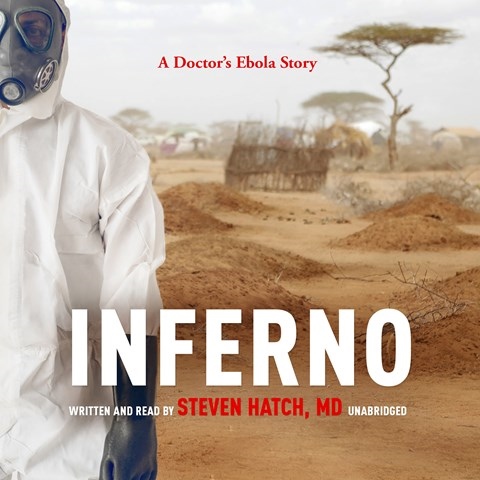 Dr. Steven Hatch sounds engaging and honest as he recounts his experience in Bong County, Liberia, working in an Ebola treatment unit at the height of the epidemic that began in 2014. He describes the searing heat and the dripping sweat of wearing protective clothing, the difficulty of developing a doctor-patient relationship in the absence of touch, and the need to memorize medical records in a sterile environment. Hatch's respect for his co-workers and patients is clearly evident in his voice. So is his frustration with demonizing politicians and incompetent bureaucratic policies for medical personnel returning to the U.S. Now and again, he wanders down the road of Liberia's history, and the audiobook's energy seems to flag, but otherwise this is an absorbing production. A.B. © AudioFile 2017, Portland, Maine [Published: JUNE 2017]