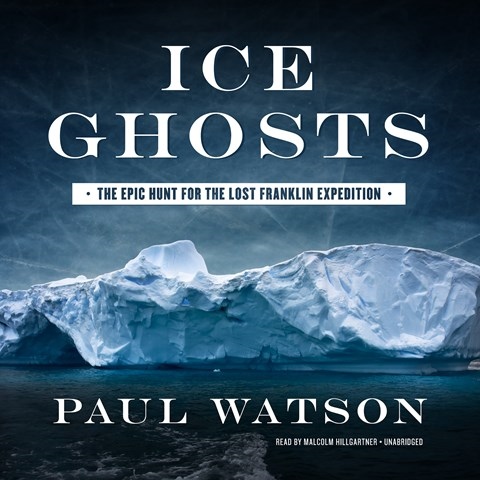 ICE GHOSTS The Epic Hunt for the Lost Franklin Expedition

The story of John Franklin's doomed expedition to discover the Northwest Passage in 1845 and the dozens of unsuccessful searches mounted to learn the fate of the 130 men who accompanied him is not a new topic, but it's still a sensational one--full of starvation, cannibalism, botulism, clairvoyants, and Arctic cold. Narrator Malcolm Hillgartner has a rich voice and a keen ability to evoke an atmosphere of endless winter, deprivation, and mystery. He also rolls through the Inuit names and places without hesitation as we learn that Inuit stories that had been ignored and dismissed for decades were key to locating the HMS EREBUS in 2014 and the HMS TERROR in 2016. Paul Watson is also sympathetic to Franklin's wife Jane's famous intensity and grit, and Hillgartner faithfully renders her unusual viewpoint. A.B. © AudioFile 2017, Portland, Maine [Published: JULY 2017]