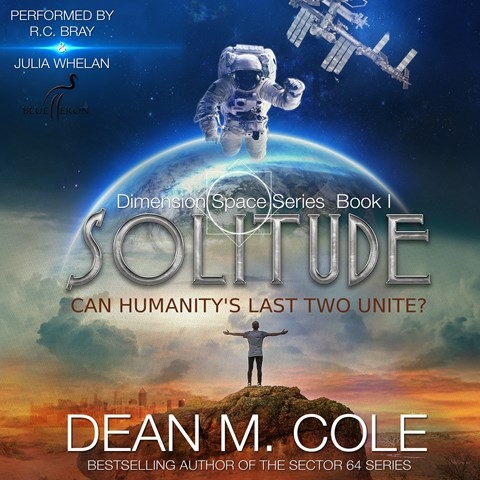 Talk about star-crossed lovers! Vaughn is the last man alive on Earth, and Angela the last woman--but she's trapped on the International Space Station. Cole's latest audiobook is an uber-intelligent adventure story brought to vivid life by narrators R.C. Bray and Julia Whelan. The audiobook is divided into chapters focusing either one character or the other, each performed expertly by Bray or Whelan. The cause of the disappearance of every animal on Earth is hinted at but not revealed in this first book of a series. The only reason Vaughn and Angela have survived is that he was in an null-gravity chamber and she was in space. Can a brilliant but lazy scientist devise a way to get the last woman alive safely home? And, what then? M.S. © AudioFile 2017, Portland, Maine [Published: JULY 2017]