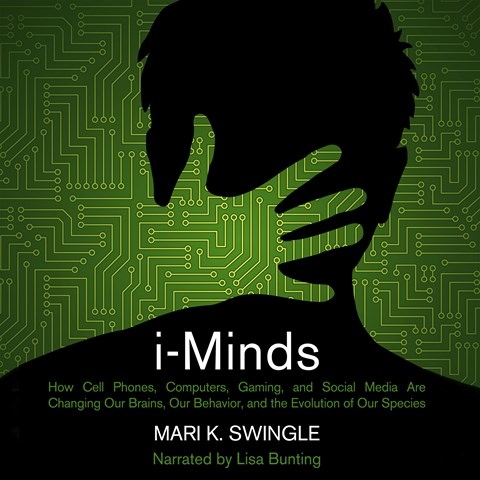 i-MINDS How Cell Phones, Computers, Gaming, and Social Media Are Changing Our Brains, Our Behavior, and the Evolution of Our Species

Too much tech can change your brain waves. Anxiety and depression also can result from too time spent online. Narrator Lisa Bunting's voice often takes on a clinical tone, as much of therapist Mari K. Swingle's writing deals with topics such as shifting brain-wave patterns on EEG readings. There's also a sternness to Bunting's voice as she cautions parents about substituting a tablet for parental time. Swingle also turns her attention to darker topics such as sexual disinhibition and cyberbullying. While Bunting often sounds harsh, Swingle's prescription for moderation simply urges listeners to step away from the computer to participate more in everyday activities. J.A.S. © AudioFile 2017, Portland, Maine [Published: MAY 2017]