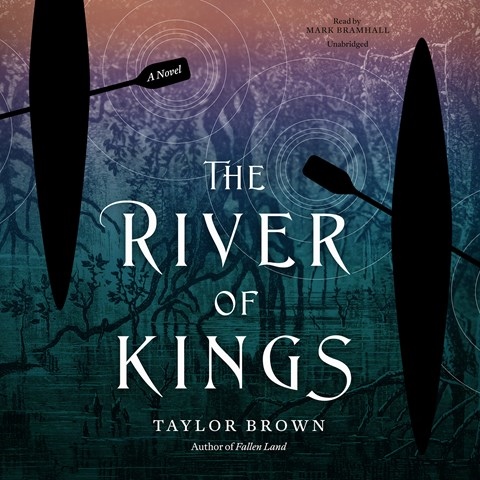 THE RIVER OF KINGS

Georgia's Altamaha River connects the past and present as multiple storylines unfold along the 137-mile coastal waterway. With Taylor Brown's lyrical prose and narrator Mark Bramhall's omniscient voice, it's as if the mighty Altamaha itself is the storyteller. In 1975, Hiram Loggins has a difficult fisherman's life on the river. Years later, in the present day, his two sons head downriver to scatter their father's ashes. Bramhall's resonant Southern drawl will have listeners practically floating alongside the brothers, whose dialogue is especially vivid. Chapters that take place on a real-life 1560s French settlement sound extraneous, partially due to Bramhall's heavy-handed French and Native American accents. The artwork of Jacques Le Moyne, who chronicled the French settlement, is described for listeners, and can be found in the print version. A.T.N. © AudioFile 2017, Portland, Maine [Published: APRIL 2017]