HomeÂ»ReviewsÂ»THE LADY BY HIS SIDE 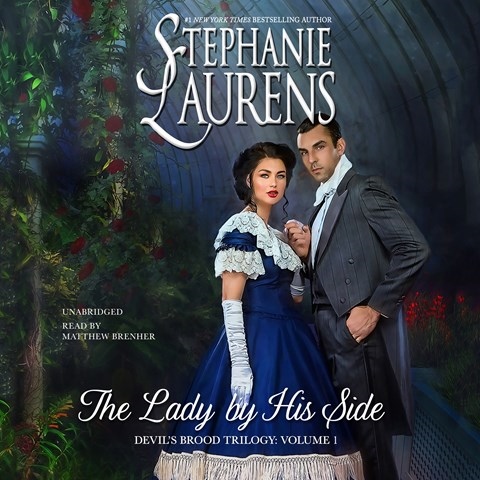 THE LADY BY HIS SIDE Devil's Brood Trilogy, Book 1

On a mission for the Crown, Lord Sebastian Cynster enlists family friend Lady Antonia to help him get vital information. In this gothic mystery, narrator Matthew Brenher enfolds the listener into manor life and the workings of Cynster's investigation. His crisp speech and British and Irish accents delineate the characters' personalities. Sebastian's haughty tone exudes his confidence and powerful rank. Brenher's portrayal of Antonia captures her intelligence through soft, controlled speech, making her a woman who demands respect. His presentation of their steamy interludes is brought to a fever pitch with intensity and class. Fans of Stephanie Laurens will be eager to reconnect with the popular Cynster family as this mystery continues in the next book. S.H. © AudioFile 2017, Portland, Maine [Published: JUNE 2017]