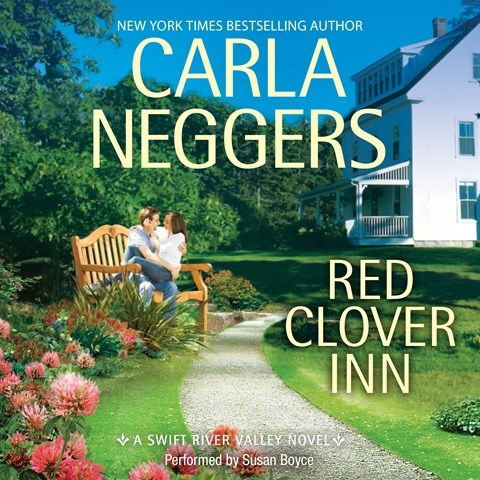 The most recent installment of the Swift River Valley series, once again narrated by Susan Boyce, focuses on marine archaeologist Charlotte Bennett and Diplomatic Security Service agent Greg Rawlings. After meeting at a wedding overseas, Charlotte and Greg find themselves house-sitting at the Red Clover Inn in Massachusetts while Charlotte's cousin is on her honeymoon. Depicting characters on both sides of the Atlantic in the story, Boyce provides American, British, and Scottish accents with seeming ease. As the story involves family as well as romance, Boyce moves smoothly between the voices of Greg's teenage children and the intensity of the budding relationship between Charlotte and Greg. Boyce's warm narration is a pleasure. E.N. © AudioFile 2017, Portland, Maine [Published: SEPTEMBER 2017]