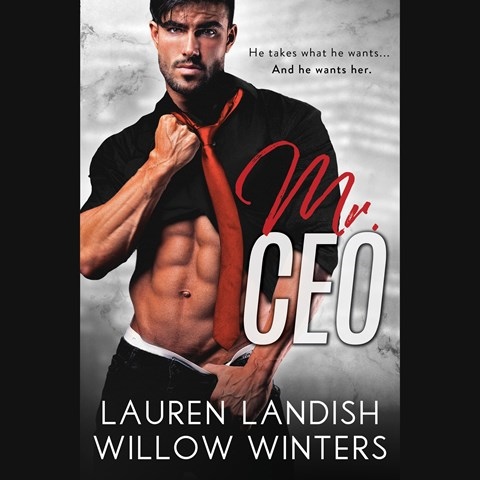 Narrators Alastair Haynesbridge and Bunny Warren create a high-voltage synergy in this sizzling contemporary romance. Haynesbridge's strong voice and deep tones bring out the power and ego of Logan Parker--a.k.a. Mr. CEO. His personality is emphasized by the force of slang words that he crisply delivers as he describes his sexual desires for his new employee, Charlotte Rose. Warren portrays Charlotte with a solid sensuality that becomes breathless and shaky whenever she's near her demanding new boss. Haynesbridge and Warren's sexy interplay captures the raw emotion of the almost purely carnal attraction between the two lovers as well as other aspects of intensity in the plot. However, the narrators also bring a soft and gentle quality to their tones that captures the change in the relationship as a tender and loving bond develops between Logan and Charlotte. The two narrators complement each other, making for a dynamic and tantalizing listening experience. M.F. © AudioFile 2017, Portland, Maine [Published: APRIL 2017]