Home»Reviews»4TH ROCK FROM THE SUN 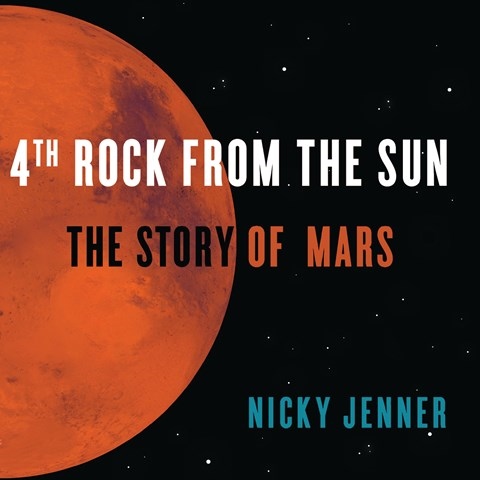 4TH ROCK FROM THE SUN The Story of Mars

From the NASA Rover CURIOSITY to an orbiting Indian satellite, there are eight active exploratory missions investigating the planet Mars as of 2017. In a cheerful and engaging style, narrator Suzannah Hampton delivers a fascinating and detailed overview of all things Martian--from the ancient Greeks' first glimpses of the fourth planet to medieval astrological predictions and to the latest theories on the possibility of microbial life on the planet's surface. Hampton's voice becomes a bit more intense when discussing the dangers of human space exploration such as solar radiation and bone-density loss. Still, after listening to this enthusiastic audiobook, the listener may want to join the quarter of a million others who have volunteered colonize the Red Planet. B.P. © AudioFile 2017, Portland, Maine [Published: JULY 2017]