Home»Reviews»WHEN THE WORLD STOPPED TO LISTEN 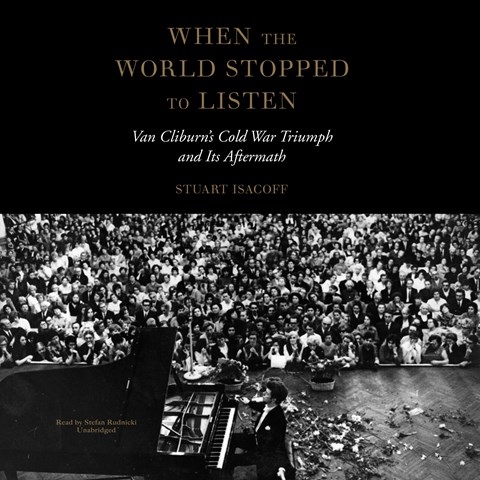 Pianist Van Cliburn wowed the Soviet Union in a Tchaikovsky competition in April 1958--when the Cold War was at its peak. Isacoff recreates the events that brightened the bleakness of that time as manifested in both the weather and international politics. Narrator Stefan Rudnicki adds warmth and humor to the story of Cliburn's achievement. He gives Cliburn's dialogue a gentle Texas drawl. Isacoff goes beyond the competition with a look at Soviet life, in particular the popularity of American jazz and film, and the Soviet politicization of culture. Cliburn's life as a gay man, and a quickly dropped Soviet investigation of it, also feature in the story. This biography of an international sensation brings listeners back to the Cold War era. J.A.S. © AudioFile 2017, Portland, Maine [Published: JULY 2017]