HomeÂ»ReviewsÂ»AND THEN THERE WERE FOUR 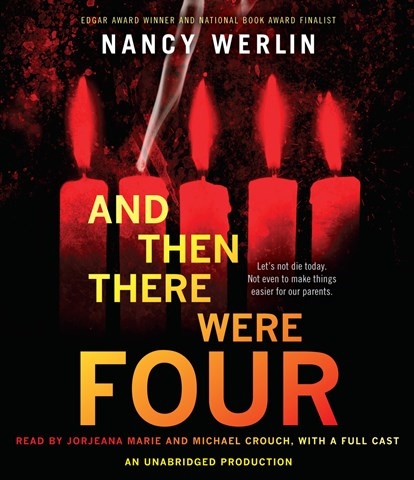 AND THEN THERE WERE FOUR

Jorjeana Marie and Michael Crouch narrate the alternating points of view of two fearful teens. Marie conveys the trepidation of Saralinda, who copes with a club foot, diabetes, and an overprotective mother. Crouch portrays the deep-seated concerns of Caleb, whose father, a noted psychiatrist, has convinced him that he has "an internal evil twin" whose acts he doesn't remember. Soon these teens and two of their friends have much more to fear--someone wants to kill them! Near the end of the audiobook, narrator James Lurie portrays Caleb's cold father, and May Wuthrich reads the part of an interviewer who is horrified at the events that have befallen the teens. Nick Martorelli delivers the audiobook's epilogue by the teens' caring headmaster. The plot is both unbelievable and horrifying, but the narrators keep the book moving. S.W. © AudioFile 2017, Portland, Maine [Published: JULY 2017]