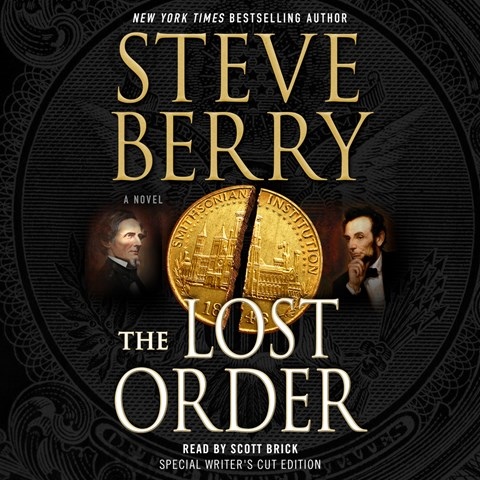 Narrator Scott Brick's smooth voice flows with the twists and turns of Berry's political thriller as former Justice Department operative Cotton Malone uncovers a Civil War secret society, stolen gold, and a constitutional crisis in the making. The action moves across North America from the Smithsonian Institution to Arkansas, from the Sangre de Cristo Mountains to the wilds of Tennessee. The production consists of two performances: the usual straightforward delivery and a "writer's cut," which is interspersed with the author's comments about people, places, and events related to the novel. Secrets unravel, and tensions rise as Brick shifts vocal focus from the historical secret society to contemporary conspirators who include corrupt politicians and judges. M.B.K. Winner of AudioFile Earphones Award © AudioFile 2017, Portland, Maine [Published: APRIL 2017]