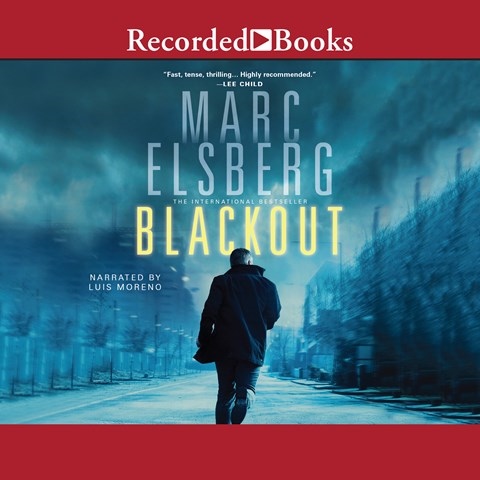 Luis Moreno provides this gripping thriller a subtle yet dazzling performance. The riveting story concerns an anarchist group that brings Europe to a standstill, literally. Then the group moves on to other parts of the globe, completely disrupting power grids. Moreno narrates passionately in strong, controlled tones. Ex-hacker Piero Manzano joins forces with the authorities in trying to resolve the crisis but soon is the victim of a setup. At that point he partners with journalist Lauren Shannon to try to stop the terrorists. The story demonstrates our dependence on energy and the real possibility of the world going dark. Moreno's voice adds drama and verisimilitude to what is already a very scary scenario. S.C.A. © AudioFile 2017, Portland, Maine [Published: AUGUST 2017]