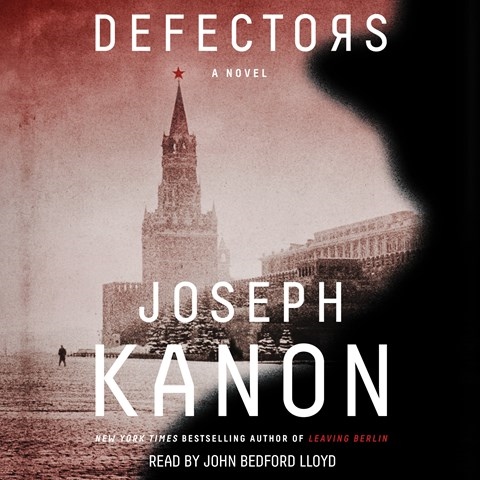 Is Frank Weeks, who defected to Russia during the Cold War, a traitor or a CIA agent victimized by a poor decision? That is the central question in Joseph Kanon's gripping novel, masterfully narrated by John Bedford Lloyd, who employs a mix of accents and tones to provide a convincing complement to the book's dialogue. Set in Moscow in 1961, the story focuses on Frank's decision to defect after his brother, Simon, arrives from America to edit Frank's KGB-approved memoir. Is the plan real or another of Frank's games? Lloyd excels with his portrayal of the Russians, especially Boris, the bodyguard who must keep Frank from leaving his adopted country. Consequently, the listener must speculate about who, if anyone, is telling the truth. D.J.S. © AudioFile 2017, Portland, Maine [Published: JULY 2017]