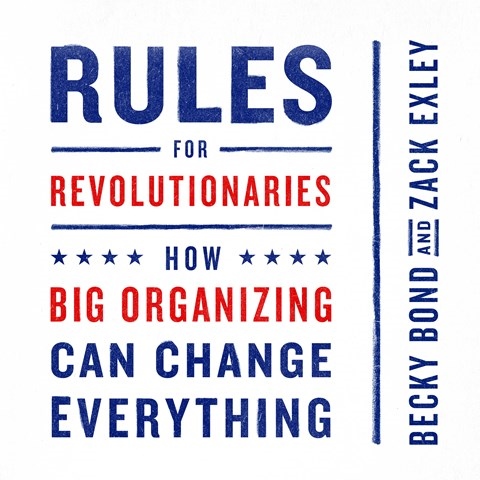 RULES FOR REVOLUTIONARIES How Big Organizing Can Change Everything

Narrator Tia Rider Sorensen enlivens the words of authors Bond and Exley, senior advisors to Bernie Sanders's tech-driven presidential campaign. This spirited rendering gives a feel for the 75 million calls, eight million text messages, and 100,000 public meetings that took place during the campaign. In alternating chapters, Sorensen portrays Bond and Exley as they earnestly share suggestions, highlights, and mistakes for the purpose of influencing future campaigns of all sorts. Thinking big and encouraging volunteers are emphasized in Sorensen's uplifting style. Personal anecdotes add levity and human interest. Listeners will be amused by the chapter titled "The Tyranny of the Annoying," which advises leaders to immediately react to people--no matter how well intentioned--whose negative attitudes can help sink a campaign. It's inspiring and enlightening to hear insider views of one of our nation's most unprecedented presidential campaigns. S.G.B. © AudioFile 2017, Portland, Maine [Published: JUNE 2017]