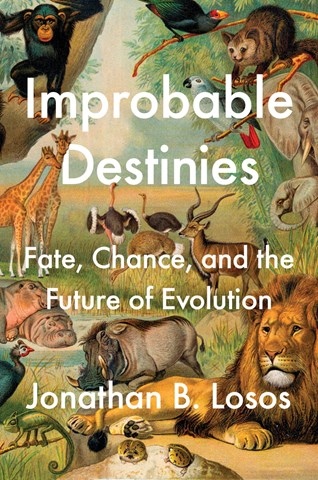 IMPROBABLE DESTINIES Fate, Chance, and the Future of Evolution

by Jonathan B. Losos | Read by Marc Cashman

Is evolution a series of random accidents, or an inevitable path that would turn out similarly if you rewound and replayed the tape of history? Narrator Marc Cashman's pacing and friendly tone allow even general listeners to explore this challenging scientific question posed by Losos, an evolutionary biologist. His musing are written with clarity and humor, qualities that are enhanced by Cashman's warmth. The narrative is personal: Losos weaves the story through anecdotes about his own adventurous work in the Caribbean, as well as that of many colleagues. It's cutting-edge science, though the second half of the audiobook gets bogged down in the minutia of these studies, which are less compelling than the big-picture questions introduced in the opening chapters. D.B. © AudioFile 2017, Portland, Maine [Published: SEPTEMBER 2017]