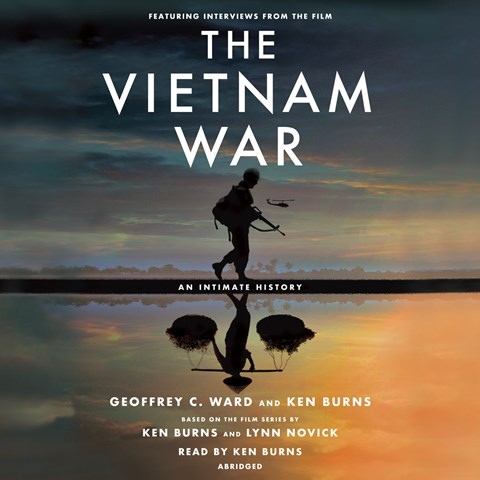 THE VIETNAM WAR An Intimate History

The melancholy tone of Ken Burns's voice exactly suits the mood of this history of the Vietnam War, which precedes his newest documentary, coming to PBS in September 2017. The book takes a nonjudgmental approach, but it's clear the war's outcome was shaped by actions taken decades earlier--as if the result were inevitable. Burns adds no false drama but always reads with a tone of respect for the front-line combatants and the earnest opponents. He varies his pace only slightly to keep listeners engaged. Overall, he lets the story speak for itself. It would have been easy to dismiss the choice of Burns as narrator as a vanity project, but this would be unfair. His voice suits the work. Overall, the audio does the print version full justice. R.C.G. Winner of AudioFile Earphones Award © AudioFile 2017, Portland, Maine [Published: AUGUST 2017]