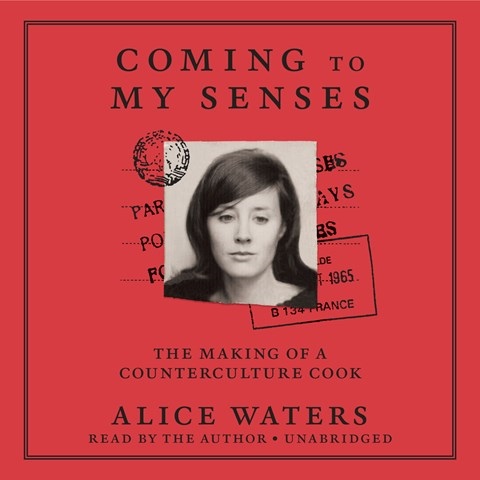 COMING TO MY SENSES The Making of a Counterculture Cook

Alice Waters's narration is so approachable that it's as if she walks up to your table wearing an apron, carrying an enticing plate of food, and says, "Eat this while I tell you my story." She holds the highest awards as a world-renowned chef, having influenced eaters the world over with her slow food concepts and belief in the benefits of organic food. But in this memoir she never mentions her many accolades, her prominent friends, or the famous people she has served in her restaurant, Chez Panisse. With vulnerable self-deprecation, she haltingly speaks of her past, her dreams, her relationships, and the opening of her restaurant. Another person could have narrated her story, but if that were the case, we would have missed hearing her passion for lighting and lettuce, her fears and excitement, and her gentle laugh. L.M.A. © AudioFile 2017, Portland, Maine [Published: AUGUST 2017]