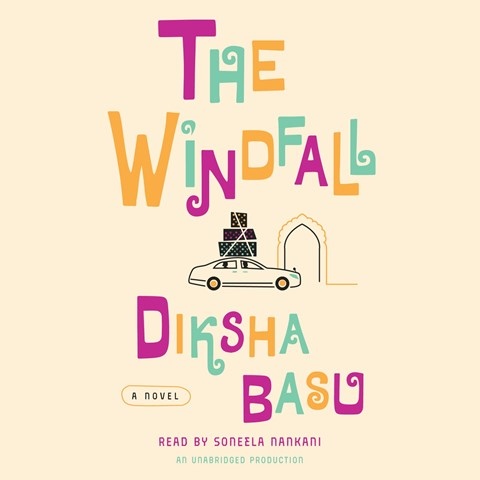 Soneela Nankani's quick, sardonic narration lovingly channels the outlandish and often comedic mishaps that befall the newly wealthy Mr. and Mrs. Jha in India as they rise from their middle-class roots and settle in the extravagantly wealthy city of Gurgaon. Nankani's tone is that of a raised eyebrow as the Jhas get caught up in trying to keep up with the quirks and curiosities of their rich neighbors. Nankani's supply of versatile accents shines, giving depth to the cast of old friends who aren't ready to let the Jhas go. Between the humor, Nankani provides a thoughtful voice to characters who are struggling, such as the Jhas' son, who is failing college, and their widowed neighbor, who may be ready for a second chance at love. J.E.C. © AudioFile 2017, Portland, Maine [Published: SEPTEMBER 2017]