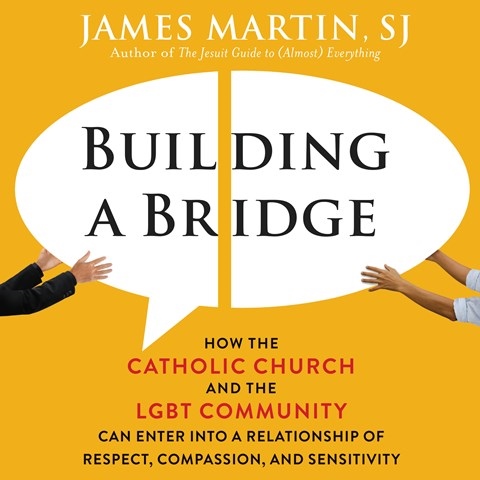 BUILDING A BRIDGE How the Catholic Church and the LGBT Community Can Enter Into a Relationship of Respect, Compassion, and Sensitivity

James Martin presents his own controversial work with the heart of a priest. His narration, however, is a bit clinical and rigid. Though he does not take the stand of the Roman Catholic Church (RCC) throughout history, he does make it clear that homosexuality is not condoned by the Church. It's evident as he narrates that he loves all the image bearers of God and wants what he believes is best for them, but he also wants the RCC to reach out and be more accepting of the LGBT community. Despite his great care and concern for his neighbor, his work fails to satisfy either side of the discussion. Regardless, it is worth consideration. T.D. © AudioFile 2017, Portland, Maine [Published: NOVEMBER 2017]