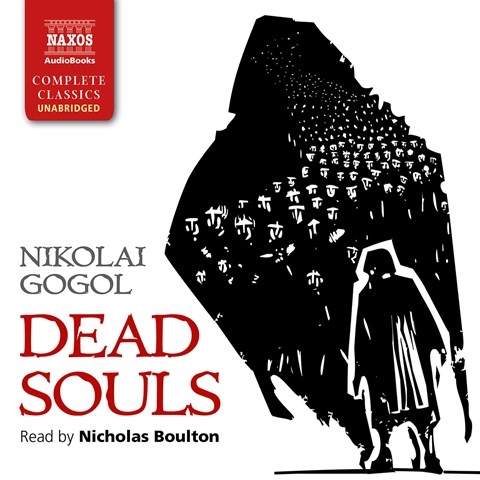 There are many voices, of many classes and temperaments, for Nicholas Boulton to portray in this audiobook. He meets the challenge with a wide range of British class and regional accents, along with character voices. More of a challenge is the range of moods, from comedy to near-tragedy, and the problematical text, which lacks an ending as well as several chunks toward the end. In several cases, Boulton must build a scene that doesn't have a conclusion. But he maintains as much continuity as possible, even generating sympathy for some reprehensible characters. The book is Gogol's flawed masterpiece, and this is a presentation that it deserves. D.M.H. Winner of AudioFile Earphones Award © AudioFile 2017, Portland, Maine [Published: OCTOBER 2017]