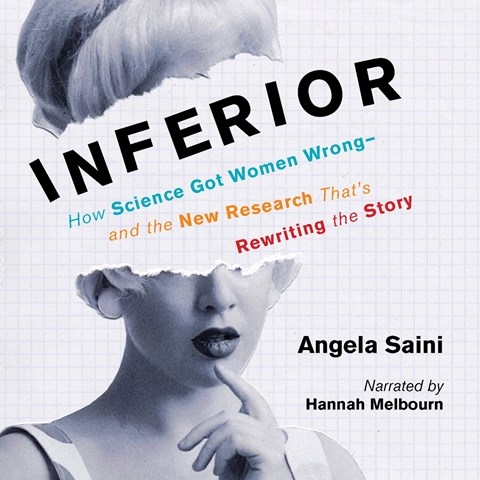 In this hugely important book, Angela Saini debunks scientific studies that determined that women are intellectually and physically inferior to men. Topics include comparative brain size, medical trials, the ability to feel empathy, promiscuity, and why women are sicker than men but more likely to survive illnesses and live longer. Hannah Melbourn's narration is appealingly British and a perfect match for this material. She has a lovely accent, a conversational style that maintains the listener's attention even during deep dives into detailed research, and a wry sense of understatement that quietly draws attention to historical absurdities. Stereotypes are more complicated and insidious--a 2012 study showed that male and female scientists evaluating identical resumes except for the name on the top were equally likely to judge female candidates as less qualified and less deserving of higher salaries. A.B. © AudioFile 2017, Portland, Maine [Published: NOVEMBER 2017]