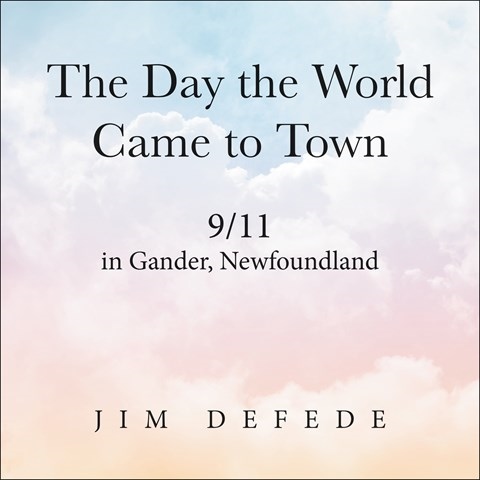 THE DAY THE WORLD CAME TO TOWN 9/11 in Gander, Newfoundland

As the terrorist attacks of September 11, 2001, were occurring, 38 flights already en route to the U.S. were forced to reroute to a small airport in Gander, Newfoundland, due to the closing of U.S. airspace to incoming air traffic. Narrator Ray Porter's deep voice clearly and effectively recounts the story of how the community of Gander welcomed the stranded passengers with open arms. With a touch of softness in his voicing, Porter describes the uncommonly nice people in a region that was previously largely unknown to most of those who were stranded there. Individual and communal acts of kindness by Gander residents, as well as the stories of various individual passengers, are delivered with warmth. S.E.G. © AudioFile 2017, Portland, Maine [Published: SEPTEMBER 2017]