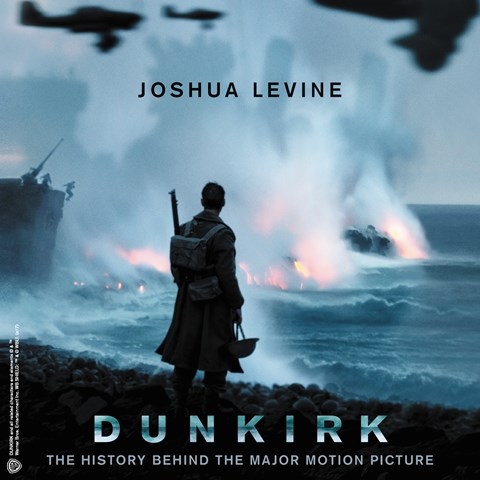 DUNKIRK The History Behind the Major Motion Picture

This audiobook recounts the dramatic rescue of Allied Forces at Dunkirk, France, during WWII and explains the history of the evacuation that is dramatized in the recent film. Narrator Jonathan Keeble gives listeners a special treat as he demonstrates his command of Scottish, Welsh, and even German accents to portray the soldiers involved in the fight to stop the German army. He smoothly delivers descriptions of the horrors the troops suffered in the lead-up to the daring evacuation and quickly changes his rhythm and tone to slip into characters suggested by the dialogue. The Allies code-named the rescue at Dunkirk "Operation Dynamo." This account, as delivered by Keeble, is almost as impressive. E.E.S. © AudioFile 2019, Portland, Maine [Published: APRIL 2019]