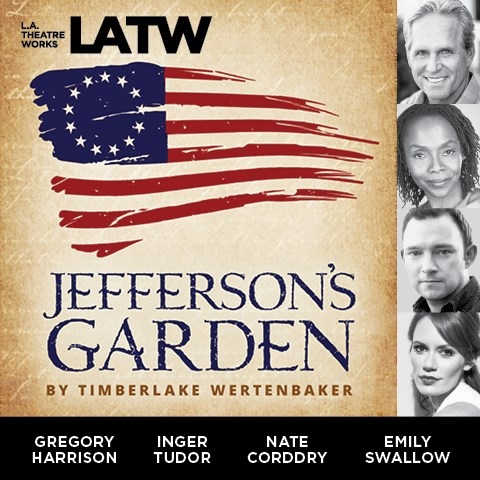 The American Revolution was a confrontation about land and independence from economic oppression, but it was also the struggle of a young country to define a new set of lofty, hard-to- obtain ideals and ethics. In this thoughtful and thoroughly modern live performance, L.A. Theatre Works takes the listener on a late-eighteenth-century journey to an all-too-real place in which many patriots, including Thomas Jefferson, found themselves--caught between the heightened principles of "all men are created equal" and the dark realities of slavery. The language and characters are simple and direct, and, like its cousin, HAMILTON, the results are seriously entertaining. History and honest debate are alive and well in JEFFERSON'S GARDEN. B.P. © AudioFile 2017, Portland, Maine [Published: NOVEMBER 2017]