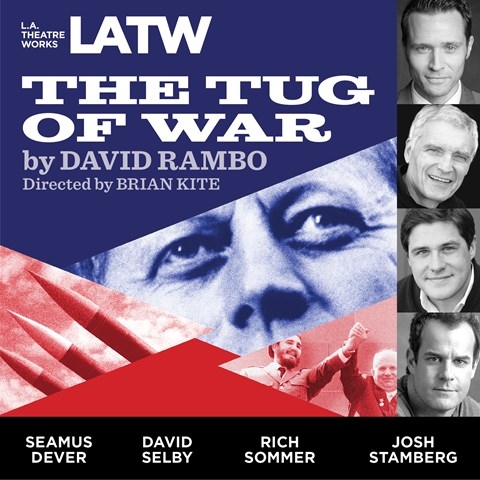 THE TUG OF WAR

This timely drama about the Kennedy administration's internal battle over the Cuban Missile Crisis proves to be a powerful production by L.A. Theatre Works. Author David Rambo crafts the play well for audio. In particular, he expertly juggles numerous fast-talking characters, keeping them identifiable with simple asides and other light-handed techniques that allow listeners to focus on what’s being said. The cast works to evoke the famous men they’re playing with mixed results, but, overall, they manage to sound authentic in their roles and in their rapport with one another. The production includes two interviews with Rambo, cast members, and others, which take place after the play’s first two nights. L.E. © AudioFile 2017, Portland, Maine [Published: SEPTEMBER 2017]