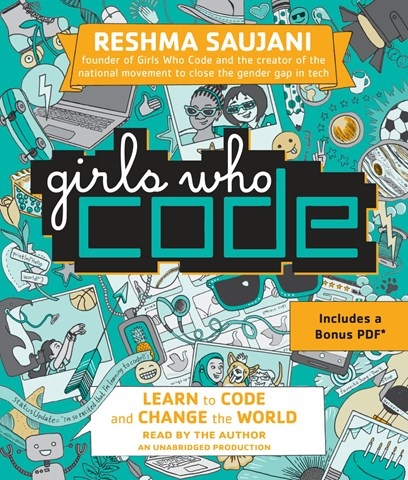 GIRLS WHO CODE Learn to Code and Change the World

In 2012, Reshma Saujani founded Girls Who Code. Since then, the organization has reached 40,000 young women. The format of Saujani's book includes true stories of women's accomplishments in the field of informational technology as well as asides by a multicultural cast of presumably fictional American girls. Saujani’s portrayals of various female characters could be stronger. All the girls sound somewhat stereotypically female and essentially alike, making the occasional group discussions confusing. For the narrative, however, Saujani has a pleasant voice and delivers her message convincingly. C.M.A. © AudioFile 2017, Portland, Maine [Published: SEPTEMBER 2017]