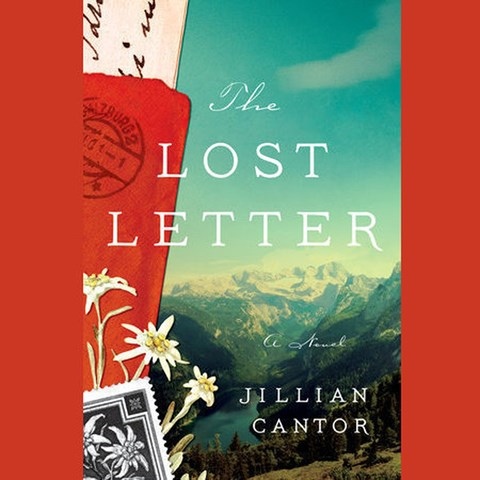 Allyson Ryan and George Newbern alternate narrating this story, set in Nazi-occupied Austria and in California 50 years later. In 1989, Katie discovers an unsent, unopened Nazi-era letter from Austria in her elderly father's stamp collection, setting her on quest to find the recipient. In 1938, Kristoff, an apprentice to a Jewish stamp engraver, falls in love with his boss's daughter, who is involved with the Nazi resistance. Listeners will forgive the unevenly accented dialogue and inconsistent portrayals as they become invested in Ryan's and Newbern's animated performances, which stress the emotional impact of the two storylines, the mystery of the letter, and the surprising connection between Katie and Kristoff. Betsy Stuxness and Jennifer Rubins read two small sections from the viewpoints of Austrian sisters. C.B.L. © AudioFile 2017, Portland, Maine [Published: SEPTEMBER 2017]